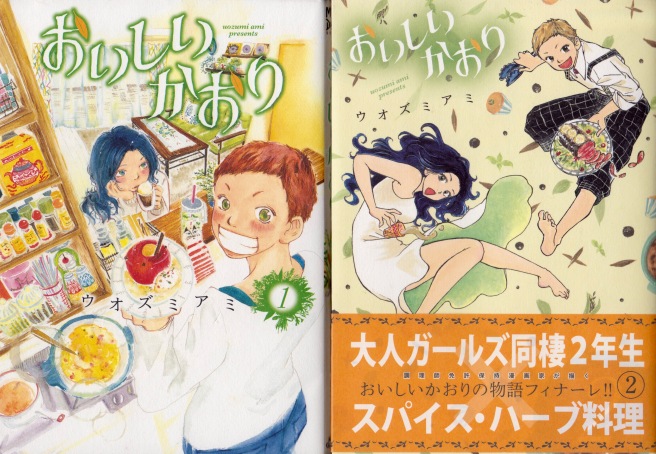 A thing I like to do when I’m travelling is visit bookstores (duh) and ask about local authors. Places that are really pushy about/protective/proud of their local culture will generally have local author sections in many of their bookstores, which streamlines the whole process immensely. In Singapore, I found local author shelves in pretty much every shop I went to. Likewise, Okinawa. But in most cities I visit, there is no such area, and so I must ask the clerks. Sometimes, they are totally clueless and panic at the sudden question from a Japanese-speaking foreigner (I’m looking at you, Hakata), but most of the time, they are super knowledgeable and direct me to any number of potentially interesting books.

And when I was in Kumamoto over the winter holiday, although I was deeply distracted by the figure of Kumamon everywhere I went (including a stage show! For free!!), I did not neglect this little habit of mine and forced my travelling companion to stop in at a bookstore with me. I didn’t have to twist his arm too much; it was cold and he had to pee. So while he was off emptying his tiny bladder, I found a clerk to ask about local authors. And he was one of the super knowledgeable ones. He quickly swept me away to the manga section where Oishii Kaori was prominently displayed. The cover was cute, and the back cover copy promised gay times, so I plunked down my six hundred yen to take it home.

Other than some dialect things later in the series, Kumamoto never really comes up in the story. The whole thing could have been taking place in Tokyo, except for how large an apartment protagonist, Kaoru Oishi, has. She’s not living in a place like that on government worker dollars in the capital. We never see her living there alone, though. The story starts a couple months after her girlfriend, Saku, moves in with her. Domestic lesbian love! Kaoru is almost constantly beaming with sunny smiles, while Saku is grumpier, the cool beauty. Kaoru anxiously tries to please Saku in the earlier chapters, watching every flicker of emotion on her girlfriend’s face and trying to use them to read Saku’s true feelings and intentions. I frequently wanted to grab her shoulders and tell her to use her words.

But Kaoru prefers to use her beloved herbs and spices to tell Saku how she’s feeling. Yes, this is a cooking manga, with complete recipes at the end of every chapter. But unlike the other gay cooking manga that immediately comes to mind, Oishii is focused on the spice part of it all. Kaoru’s name is a near homonym for the title of the book, which means “delicious scent”, and she apparently takes that very seriously. She even has a catchphrase—“Que aroma”—which grows tiresome very quickly, almost as if the whole series was conceived as a way for someone to say that every twenty pages. So she tells us all about the various things the spice of the chapter is good for while she prepares some delicious treat to keep the heart of her beloved.

The first volume focusses pretty much entirely on the relationship between the two women, and we see Kaoru gradually become more secure in Saku’s feelings for her, and Saku open up to Kaoru and accept her own insecurities about their relationship and her own sexuality. The second (and last) volume opens their world up to the outside a bit more with the introduction of an incredibly awkward and naïve new neighbour (who googles “two women living together bathing together” and incredibly does not get endless pages of porn, but rather the word “lesbian”) and Kaoru’s mom to add some heartbreaking spice to the mix. But the focus is still the two women navigating this relationship with each other. And the food, of course.

I was not expecting anything approaching a realistic take on the domestic life of a lesbian couple when the clerk recommended the book to me, so it was really a treat to watch the two women grow closer. The majority of yuri titles I’ve read have been focussed on the sexy or the schoolgirlish, so two grown women living a life together was a welcome breath of fresh air. Not to mention that while Kaoru identifies as a lesbian, Saku is actually bisexual and has had relationships with both men and women before. None of them ever lasted, and she has flashbacks to relationships with one or the other where she had her bisexuality called into question or was forced to defend her romantic choices. Kaoru also leans to the butch side of things, wearing suits (!!) on more than once occasion. This manga might paint in broad strokes when it comes to some things (Kaoru’s almost terrifying cheerfulness, for instance), but Uozumi has a nuanced and deft touch when it comes to matters of sexuality and gender. 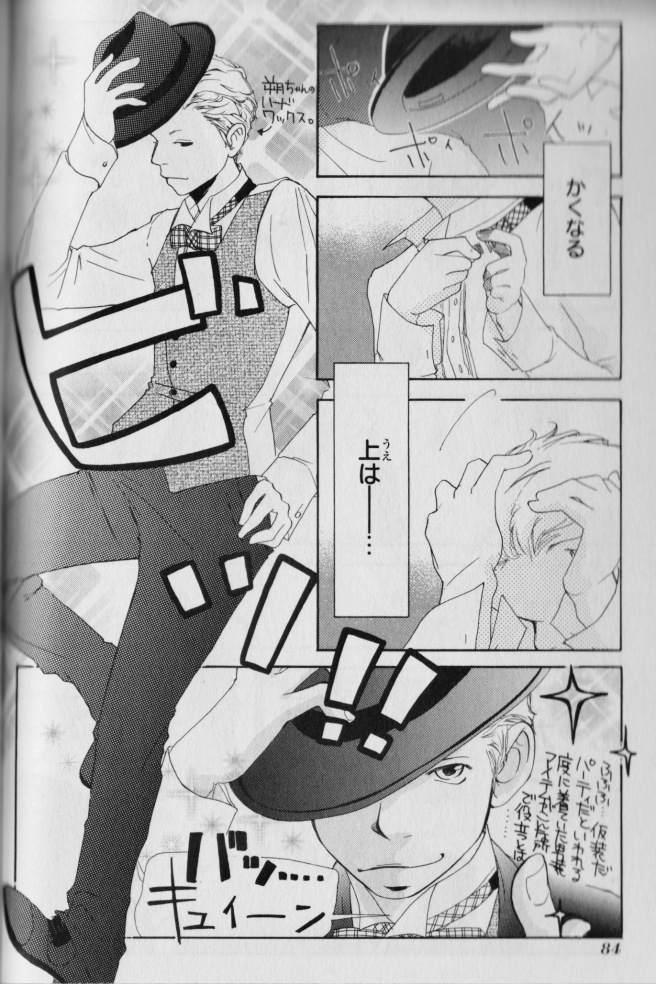 The art is also adorably round and warm, faces softly expressive. Kaoru is so cute with her big grin, and it’s easy to believe Saku as the cool beauty lusted after by both men and women. Food is, of course, depicted in loving detail, and the recipes are clear and easy to follow. One thing I hate about food manga is how much of the food is not food for me as a vegetarian. (Something that causes me endless difficulty translating What Did You Eat Yesterday? I have no idea what a person would do to meat to prepare it in whatever way.) So it was a nice change to have a lot of the recipes in Oishii be accessible to the non-meat-eater. Maybe because spices are centre stage, and spices most likely to be found in the Japanese pantry are dessert ones? Either way, I’m definitely going to try making the cardamom carrot cake of the last chapter.

Important final note: This series is only two books long! Low bar for entry for readers! And for publishers looking to expand your range of cooking manga or LGBTQ manga or just straight-up sweet as hell manga, you might want to look into licensing this one!