Celebrate, my fellow fujos! Today is that magical day of days! The day when we are free to openly ogle and revel in the beauty that is the love of boys! If you are not a fujo, then maybe just come back during my brain’s regular(-ish. Sorry for the light posting as of late!) Friday battles. Or stick around and see everything you’ve been missing with boy lover Harada! Be warned, however, that in the spirit of the holiday, things get a little unsafe for the work environment below.

I’ve long been attracted to Harada’s style, in which half the characters look vaguely like pixies, thanks to upturned eyes, pointed noses, and sharp chins. And her (their? Do we know?) work has been everywhere I look for the last little while; she’s clearly the next rising star of the BL world, soon to crossover into the mainstream where her talent for drawing dudes sexing each other up will be grossly underused. But for one reason or another, I never bothered to actually pick up any of her books. (Both reason and another are probably I already have a mountain of books waiting to be read.) Which is an important note to would-be authors: sometimes, people will love your stuff, but they just don’t get the chance to read it. That is a sad thing, but it’s not a reflection on you or your talent.

However, the last time I was in Tokyo (where I am again by the time you are reading this), Color Recipe followed me everywhere I went. Every bookstore I went into had it sitting there, the bold color and the narrowed glare of the protagonist of the cover daring me to buy it. And yet I refused. I will not give into the tyranny of orange, I told myself. I am stronger than a good cover colour. But it turns out I am not! After running across Color Recipe for the nth time, I nearly shouted at it, “Fine, Harada! I will buy your damned book!” And I did. And I don’t regret it. And I will probably buy volume two when it comes out. Harada manages to upend reader expectations in all kinds of ways that were truly delightful to me.

As every fujo knows, our beloved books can fall into certain ruts. Student who falls for teacher and tries every trick to seduce him. Classmates fighting their attraction to each other, but then falling powerless before it. The new hire catching the boss alone late one night in his office. And at the beginning of Color Recipe, it seemed that I was reading the tale of an out gay man pulling out all the stops to win over a gay-for-you tsundere in a hair salon setting. Shokichi is a very good hairdresser who is very unsociable. One day, he’s out on the street handing out flyers for the salon he works at, when he meets Fukusuke, a charming and extremely sociable hairdresser about to start working at the very salon Shokichi is advertising. Of course, Shokichi doesn’t know that, and so the two get off to a hilariously bad start. Three pages in, I felt pretty sure of where this story was going to end up. 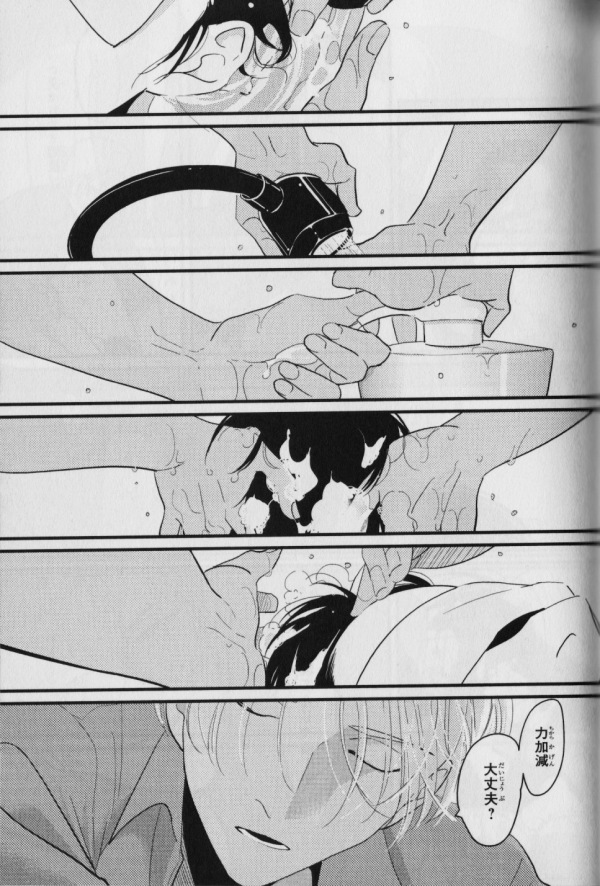 Except I was wrong, friends! And I won’t tell you how, because it is such a delightful twist that we should all experience it fresh. That said, I wasn’t entirely wrong. I mean, this is still BL. Spoiler alert: Shokichi and Fukusuke totally do it. Harada reminds me more than a little of Haruko Kumoda, in that she has the same ability to make a hard right from a silly scene of jokes and laughter and drive right into dirty perv town. In the first sex scene of the book, Shokichi wakes up with Fukusuke’s dick literally in his face. Harada has a great sense of where the camera is and what it’s doing, so this scene is almost confusingly off center, angled in a way to make the reader feel the same bewilderment as Shokichi. 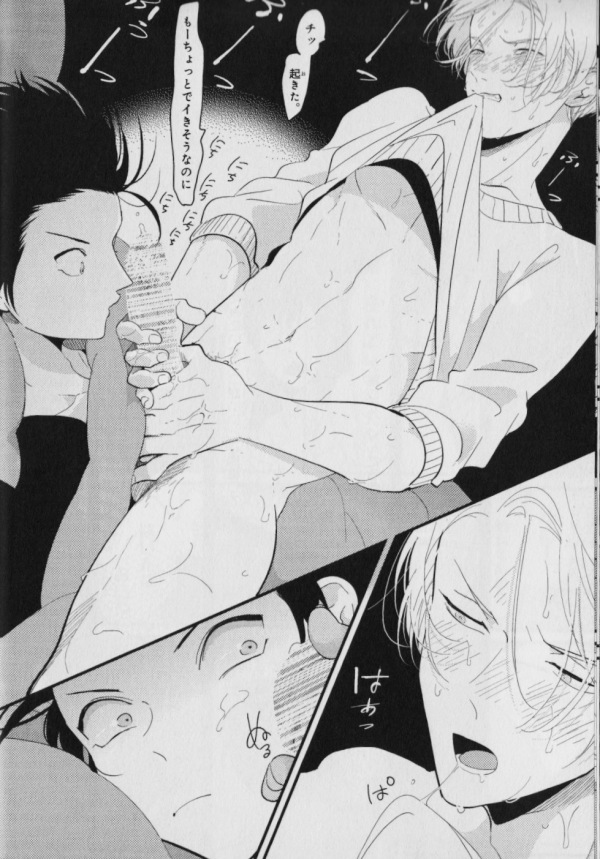 Harada often uses camera angle to deftly convey the characters’ feelings, best seen after Fukusuke comes to Shokichi’s rescue after a stalker suddenly makes his move. Fukusuke tries to kiss Shokichi, but being a total tsundere, Shokichi rejects this advance, and Fukusuke leaves. But then Shokichi (again, total tsundere) realizes his mistake and chases after Fukusuke. The panelling moves from neat lines to hard angles over the course of two pages, showing us the scene and his emotion with only half a word tucked in amongst the images.

Both our leads start out as BL stereotypes and turn into something more—oh, who am I kidding? It’s 801. You kids don’t want to hear my rambling, art-fart thoughts on this BL manga. You want the hot, hot man-on-man action. That’s what this holiday is all about, after all. So let’s get R18 here. Harada clearly wanted us to pay particular attention to the serious action in this book. I’ve never seen another BL tanko with a full-colour page in the middle of it, and that full-colour page is fully dedicated to our heroes plowing each other. There’s not a spoiler to be found in this scene (other than the two guys you see at the beginning get together for sexy times, but we all knew that was going to happen before we opened the book), so sit back, take your time, fill your heart and your mind with the true meaning of 801. 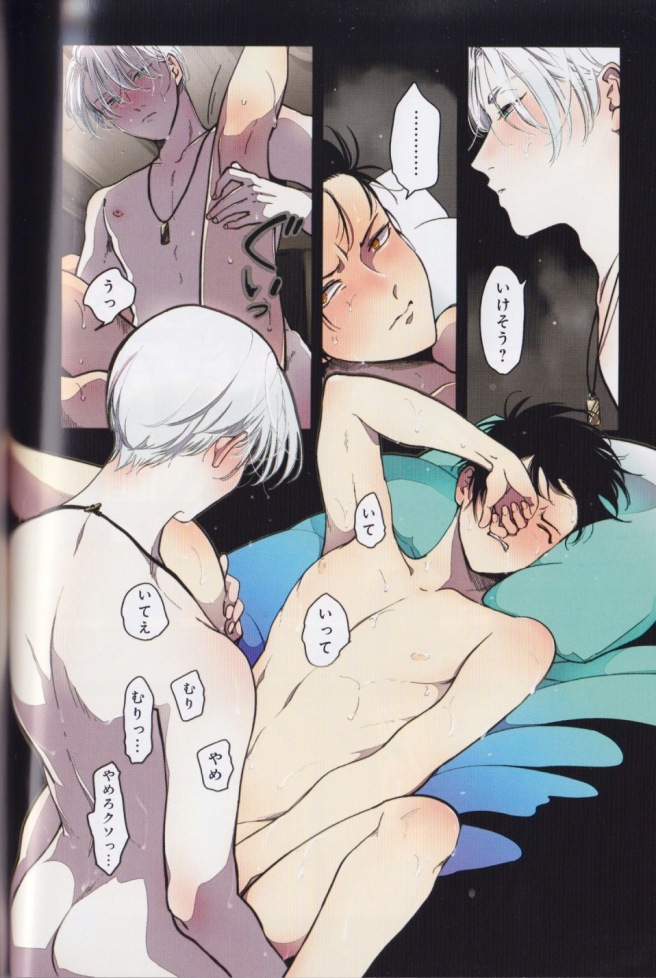